The 2022 QLD State Championships took place at Alabaster Playing Fields, the Gold Coast from April 29 to May 1. The major partners of the Event were Major Events Gold Coast, EV2 Sportswear, Take a Seat Project and Sniip. All up 91 teams competed across the three days – a record number for the QLD State Championships beating the previous benchmark of 72 (from 2021). Congratulations to Emma Kurki, Jake Carr and the rest of the team that put on this highly successful Event.

The Event was launched with the City v Country Championships – quickly becoming one of the marquee Series on the TRL Representative calendar. All Divisions were incredibly tight with see-sawing battles across the Men’s 30s, Mixed, Women’s and Men’s Divisions.

For the Men’s 30s, City took it out 2-1 with the Series going to a deciding game. In Mixed, City took it out in a drop-off in game 3 after the Series was tied at the end of regular time. For Women’s, City won all three games to win 3-0 but Country certainly put up a good fight. Finally, in Men’s, Country (pictured below) won 2-1 continuing on from their impressive Series victory in 2021. 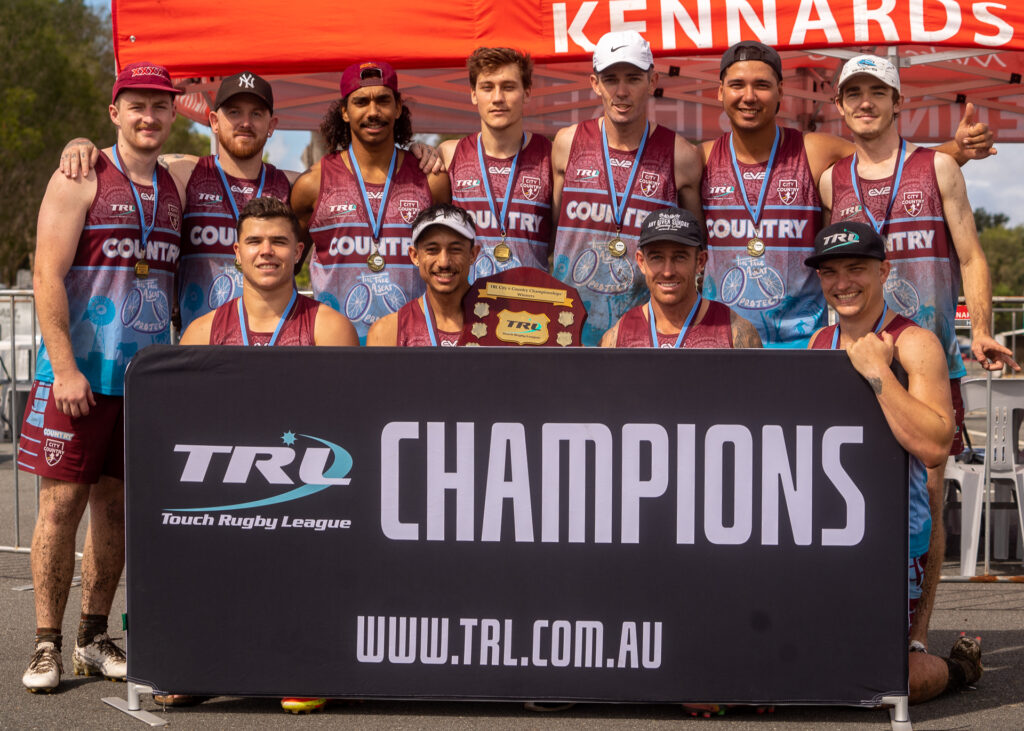 The Women’s Cup division was incredibly close fought during the finals’ stage. The depth of South Brisbane was again on show and it was not surprising to see the Graceville Giants make it through to the Grand Final. They came up against a very determined and experienced Petrie Pride line-up. With names like Renee Kropp and Tori Collinson in the lineup, this side was always going to be hard to beat and in the end, this is how it panned out – well done Pride.

So often the Kedron Colts (pictured below) have been the bridesmaid to the powerful Mt Gravatt and Sunnybank line-ups but not in 2022. Whilst they received plenty of resistance from the Kingston Kings – a legend that keeps building each Tournament – they were too classy and too determined to let this one slip. Special mention to both Amanda Issa and Kristin Gibbs who had exceptional Tournaments. Well done Colts. 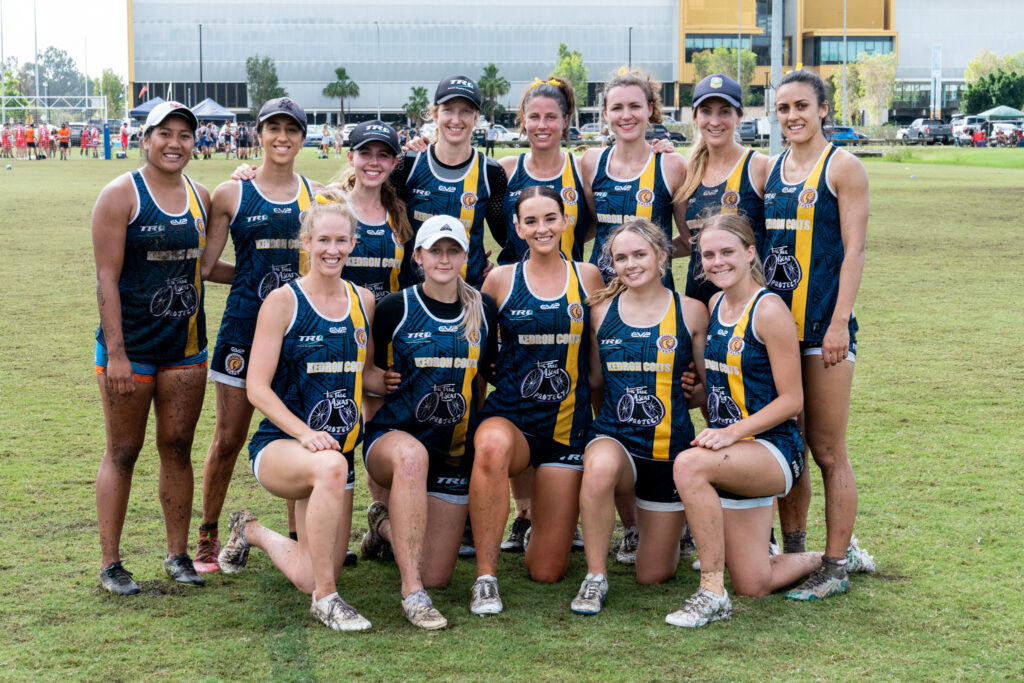 What was once the retirement village at TRL Tournaments, this is quickly becoming a glamour division as many of TRL’s favourite sons grow up (at least in terms of age). When we consider some of the great rivalries in TRL, there is arguably no greater rivalry than that between Kedron and Carrara – two teams that have crossed paths on many occasions in the Grand Final of this illustrious division. 2022 was again no different but unfortunately for Carrara, the result was also no different with the Kedron Colts taking out the Event with a tight, thrilling 2-1 victory. As the core of Carrara lick their wounds, they will have the Australian Championships firmly in their sights to finally seek redemption.

At the end of the round games, the “next best” from the pools battled it out across both the Men’s Plate and Men’s Cup final series. This format was hugely successful and gave a number of up-and-coming sides a chance to play on the big stage on Sunday. In the Men’s Plate division, Yeronga took it out over the Ipswich Hornets whilst in the Cup division, the Beenleigh Bulls were too strong for the Carrara Chargers. No doubt plenty of the players in these divisions will be pushing for APL sides in the upcoming Australian Championships.

One of the glamour divisions of the Tournament housing the best male players, this is always a division on any spectator’s radar. 2022 did not disappoint. A new-look Kedron Colts – spearheaded by Nate Wood (a out-an-out TRL superstar) – was always going to be a different proposition in 2022 and it surprised no-one to see them make it through to the big dance. That said, the Kingston Kings – TRL’s version of the Melbourne Storm – also made their way to the big stage.

The ’Kings as a collective unit (across their two QPL teams) were missing some of their best players including Dylan Hennessey and Khanui Cox. However, like Melbourne (and their heroic leader, Craig Bellamy), the ‘Kings have one of the great man-managers and tactical coaches in Adam Breakspear behind the scenes. With a simple game-plan built around the enigmatic Deshaun Lifu Bray and old-head Reece Janson, Breakspear was able to create a champion team to get the job done throughout the Tournament.

When it came to the Grand Final itself, it was an epic battle that went to a drop-off. In the end, the Kingston Kings sealed victory in dramatic fashion and it was arguably one of the sweetest victories in Kingston’s illustrious history. Well done ‘Kings but also to both teams for their tremendous sportsmanship and camaraderie (as pictured below). 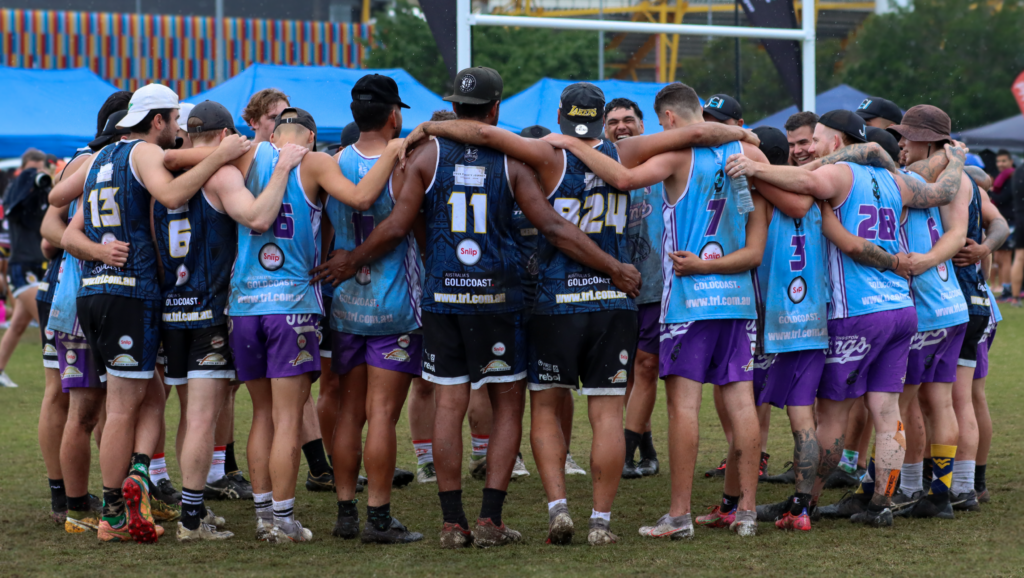 The same format discussed for Men’s above was applied in Mixed and it gave plenty of sides an opportunity to taste glory on the Sunday. In the Plate division, the Rockhampton Rush took on the Ipswich Hornets with the ‘Hornets getting the job done 5-3. For the Cup division, the Fairfield Pharaohs took on the Caloundra Jellies and the TRL nous and experience of ‘Pharaohs was too much in the end winning a tight one, 4-3.

The East and West Brisbane regions are quickly becoming the standout regions in terms of producing high quality mixed teams. The QPL final was played between the Mt Gravatt Magpies and the Middle Park Pythons with many of these players having faced off against each other in the APL final 6 months prior. The game was similarly close and unfortunately for the Mt Gravatt Magpies, the result the same with the ‘Pythons getting the job done.

We have been saying this for a while but there is something truly special building in the West. Like the perfect summer storm flowing in from Redbank on a warm Brisbane night, the men and women from the West are raining havoc on their opposition and creating a legacy that only seems to be building with time. (Middle Park Pythons captain, Daniel Stainer in full flight below). 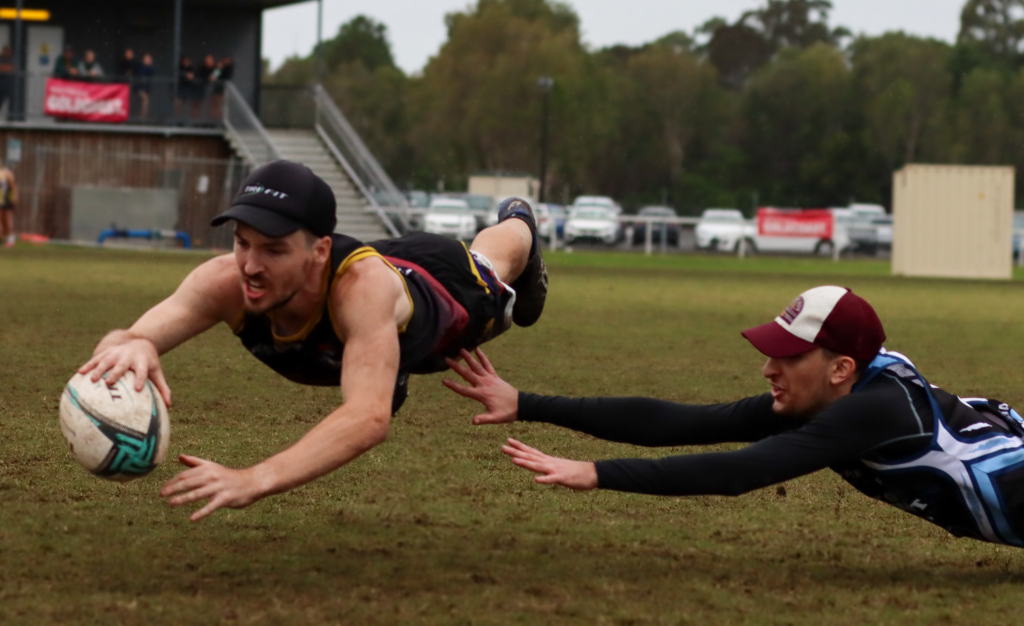 The Men’s 30s player of the Tournament went to Kedron’s Zac Taylor. Zac is someone that has been around the game for at least 12 years and it is hard to find a more wily and cunning player in the whole of TRL. Like Cameron Smith, he is also the best referee to have never refereed a game. The best female player across the Tournament went to Kedron’s Amanda Issa – a household name for the last 5 years, she had a huge Tournament and even bigger Grand Final. The best male player went to Deshaun Lifu Bray who at times single-handedly tore opposition teams apart throughout the Tournament. Deshaun is definitely now making a claim to being the best player in TRL. Finally, the referee of the Tournament went to Ben Parker – a man who was won this honour many times. Parker is widely respected and very good at his craft – a true representative specialist.